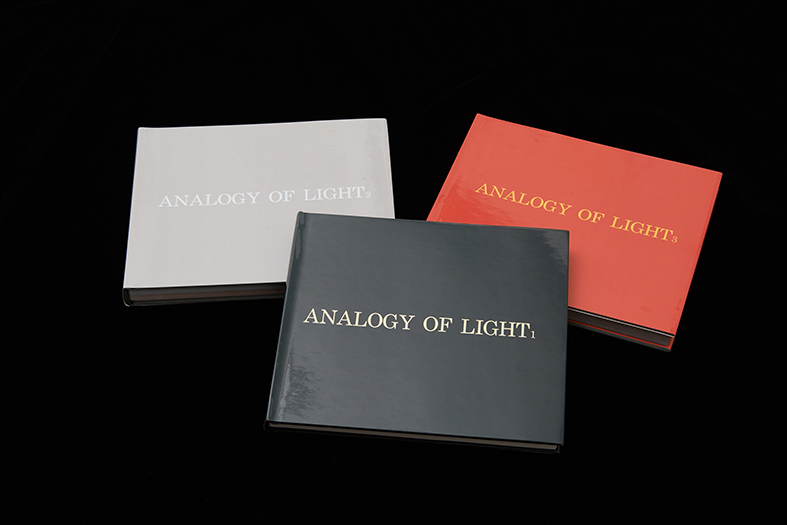 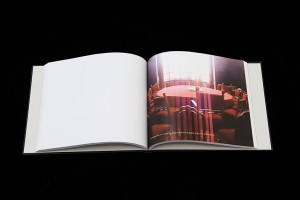 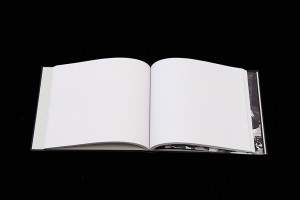 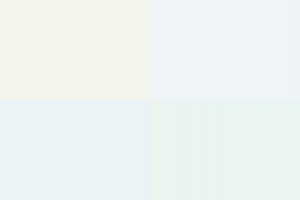 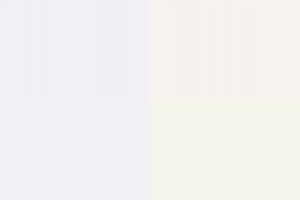 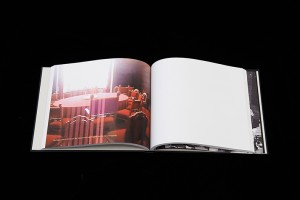 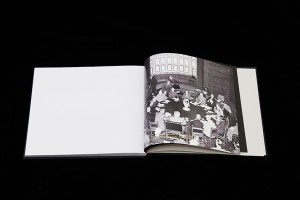 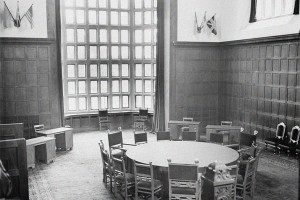 On July 16th, 1945 the world’s first atomic bomb ‘The Gadget’ was detonated by the US military in the Jornada del Muerto desert, New Mexico. Harry Truman, the American President received this much anticipated news in Berlin on July the 21st at the beginning of the Potsdam conference, where the Allied powers including Stalin and Churchill met to decide the final fate of WW2 ….namely Japan’s unconditional surrender. In the ten page report detailing the detonation success General Farrell likened it’s spectacle to that of “a searing light with the intensity many times that of the midday sun. It was golden, purple, violet, gray, and blue. It lighted every peak, crevasse and ridge of the nearby mountain range with a clarity and beauty that cannot be described but must be seen to be imagined…”

But what did Truman imagine might be the effects on his fellow human beings when they experienced this new version of diabolical fire? No diary or verbally recounted descriptions ever refer specifically to his contemplation on the embodied human consequences –– only an aside for the preference that was not followed ‘to target military installations instead of women and children’, but no mention of the flesh that would burn and the insidious effects of radiation poisoning. In Truman’s diary notes of the 25th he describes the power of the bomb only in terms of destructive capacity not in terms of unbearable suffering. He writes “We have discovered the most terrible bomb in the history of the world. It may be the fire of destruction prophesied in the Euphrates Valley era, after Noah and his fabulous ark.” And again in a press conference on August the 6th he refers to it as a ‘monstrous weapon of destruction’.

The imagination to anticipate the consequences of one’s actions, one’s wishes and desired outcomes interests me. Given the overwhelming responsibility of letting the atomic genie out of the bottle what unrecorded thoughts might Truman have had away from strategic and tactical concerns? This new weapon gave Truman great leverage in his ‘contest of terms’ with Stalin who was already perceived as a threat gaining too much of the world’s post war carve up. Nestled within the dark panelled conference room the allies negotiated across a large deep red circular table. Truman was positioned facing the window and midway to his right and left was Stalin and Churchill respectively. Almost, as relief to the ominous intensity of the room was an imposing floor to ceiling window subdivided in a formal grid bracing itself against the flood of light from the outside world. One wonders did Truman ever have a cut-away moment where the emotional body registers an approaching trauma and seeks some deeper space of reflection, almost an escape of conscience –– a drift of quantum thoughts amongst a dreamy fascination with the qualities of light –– unbeknownst to the dreamer as a metaphor for the vast light that would be released by making a wish for the thought unknown. 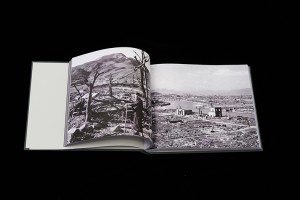 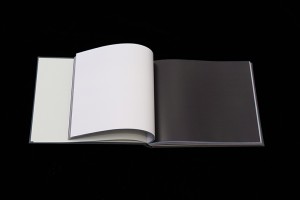 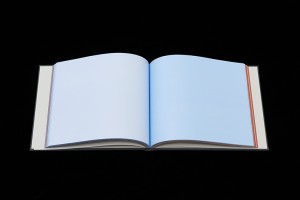 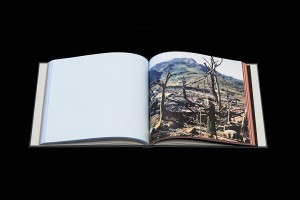 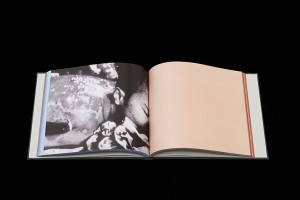 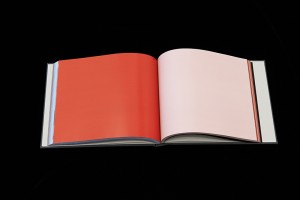 The early morning skies were blue the day they dropped the Atomic bomb over Hiroshima and then almost immediately they were darkened with a heavy plague of ash as if unnaturally night had befallen the city. Similarly, most of the photographs that have ever been seen of Hiroshima and Nagasaki’s destruction are toned in black and white, movement is frozen revealing postures of strangulated architecture, granulated textures pervade where solid buildings previously existed –– a few stray civilians walk among the ruins and above this landscape a permanent grey sky is forever locked away from hope. These images do not seem to adequately express the unique circumstances by which these two cities were annihilated, rather they share the same visual quality of the Wars’ wholesale bombing which had defaced much of Europe into generic rubble. As the scientist Jacob Bronowski’s post-war observation suggests “Nothing changed in 1945…except that we changed the scale of our indifference to man.”

But what of these blue skies of Hiroshima? What conflict might emerge within the viewer to see an optimistic blue and cloudless sky, untroubled in its simplicity casting a clear midday sunlight onto a completely destroyed landscape? And… also, what of the abject mutilation of its previous citizenry? Where was the witnessing for the specific primal colours of bloodied limbs, open wounds, keloid scars and mysterious purple patches upon the skin foretelling of irreversible illness and death.

All images of the after effects of the Atomic bomb on Hiroshima and Nagasaki were controlled by the American military. Film and photographs produced by the Japanese if discovered were also confiscated. In early 1946 an American military film unit shot 90,000 feet of the only colour film that exists of the aftermath. Amongst the footage is graphic imagery of the physical effects upon humans from the bomb’s burning blast and radiation. The film was subsequently suppressed, vaulted away from the American people and only released for viewing as late as 1982, 36 years later. Lt. Col. Daniel A. McGovern from the original filming unit explains “the main reason the footage was classified was because of the horror, the devastation…The medical effects were pretty gory…one of the most terrible things was the body burns… The attitude was: Do not show any medical effects. Don’t make people sick.” But perhaps more threatening is the way colours’ immediacy and realist associations has a way of re-situating the viewer from knowing to seeing –– a picture that one could see oneself in, not a picture that a government wanted to show the American people whose consent they required to fund an accelerating arms race. 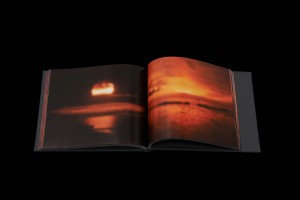 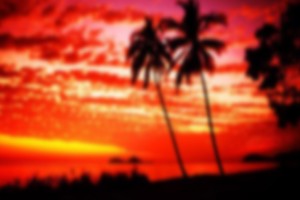 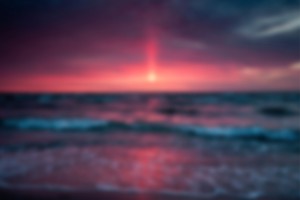 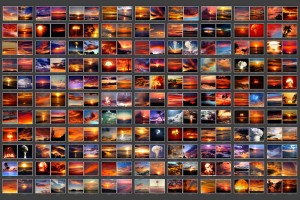 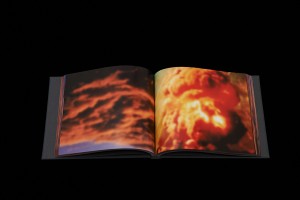 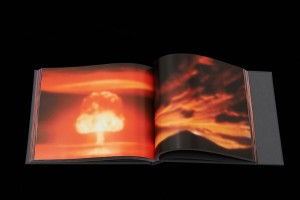 The current number of stockpiled artificial sunsets are estimated at 17,300