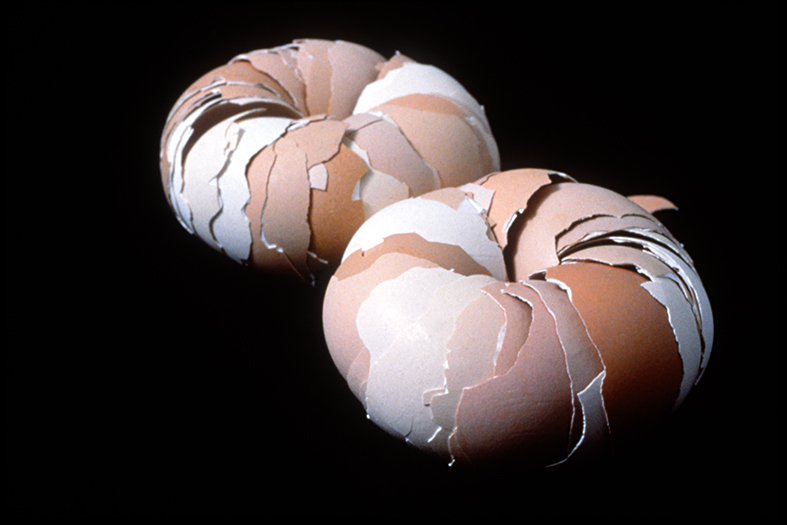 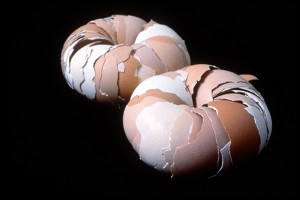 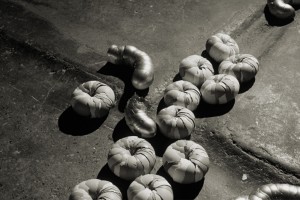 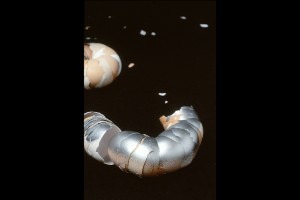 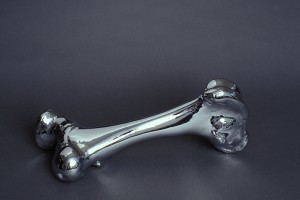 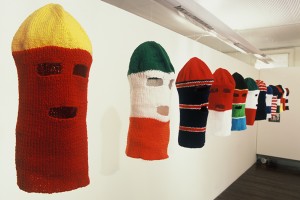 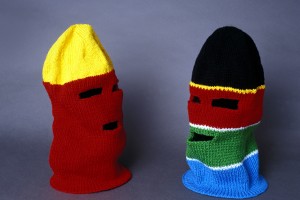 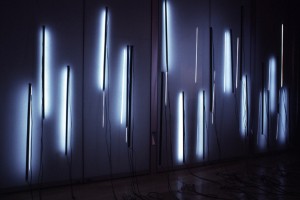 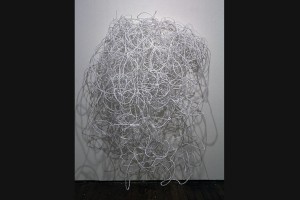 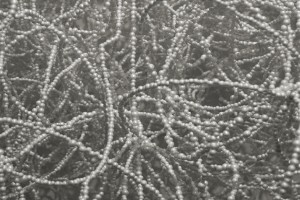 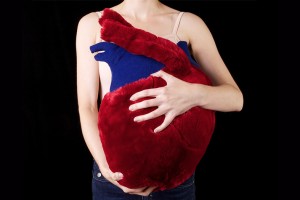 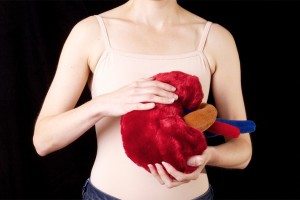 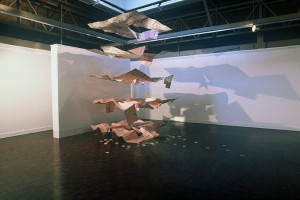 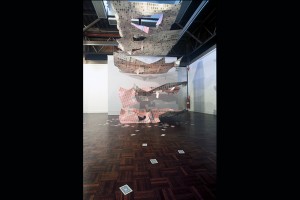 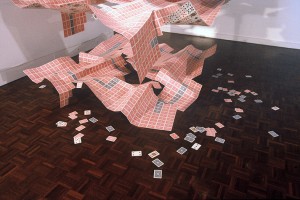 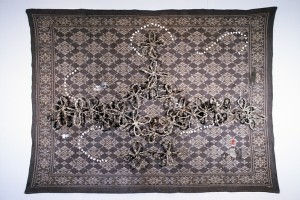 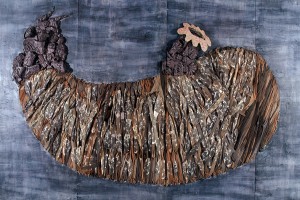 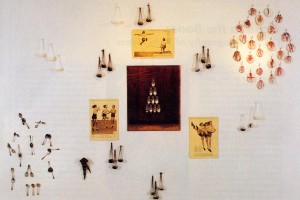 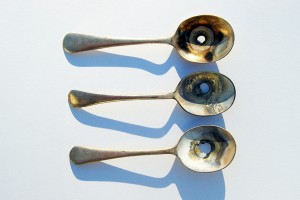 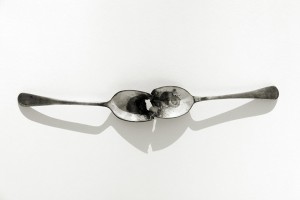 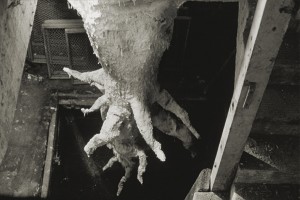 Iwanczak’s work has often explored the relationship between machines and humans, and the nebulous distinction between the living and the dead. In particular the artist is fascinated by the fact that seemingly arbitrary and chaotic events in nature are underpinned by precise mathematical patterns, regimes that human technology has extricated and imitated. This often-elided, but fundamental interdependence between nature and technology is one that Iwanczak highlights-in a determinedly poetic, as opposed to didactic way.

In ‘Defence Rhythm’, Iwanczak invokes the invincibility of nature, it’s power to create new and complete forms out of the remains of others. Here, the egg-that archetypal reproductive technology- is broken, drained of its power to either sustain or become life. Denied its integrity, it is the essence of fragility and inutility. And yet, nature’s inexorable organising principles forge its fragments into new entities. These forms exude something sinister, a survival-at- all- costs attitude whereby any thing, even artificial matter, becomes likely fodder. Iwanczak’s creatures don’t hesitate to eat their own tails; in this, they epitomize self- absorption, onanism even, under the guise of self-protection.

In previous work, Iwanczak has addressed her history as a child of a decorated Polish military Family, one driven by nationalism and racked by the crosscurrents of communism and capitalism. Certainly, her practise is less concerned with art historical than with social and personal references. In this context, ‘Defence Rhythm’ might suggest that in the wake of dismantling ethical and political structures endemic to the ‘new world order’, life continues, often with corrupted, hybrid systems forged out of expediency- the cracked and useless transforming itself into the impenetrable.

This installation draws upon the potent symbol of perfection and purity, only to corrupt it in an affirmation of survival. Given the simplicity of this gesture, ‘Defence Rhythm’ is a surprisingly complex work, evoking as it does the abject, the comic, and the political.