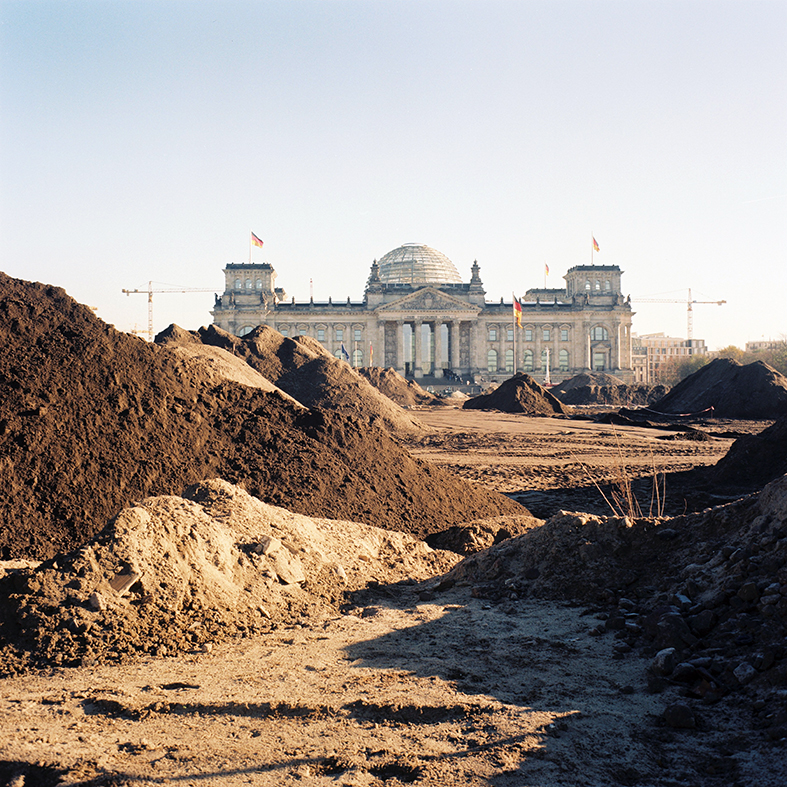 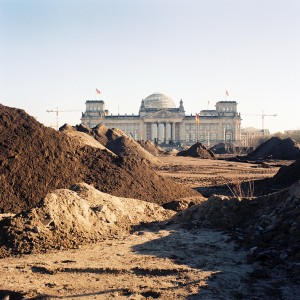 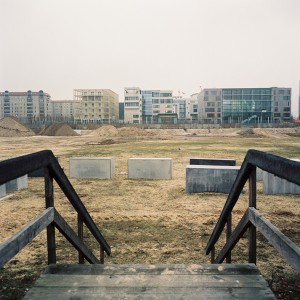 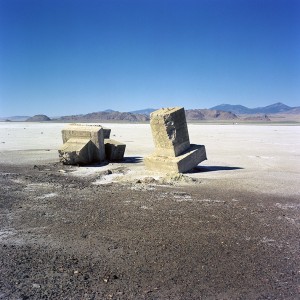 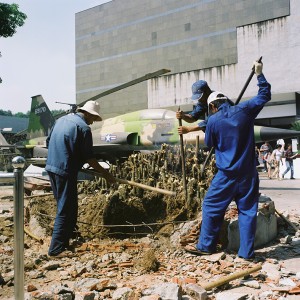 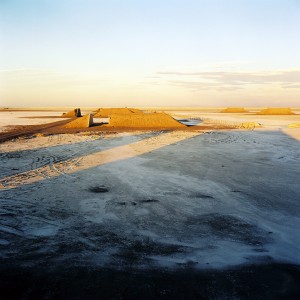 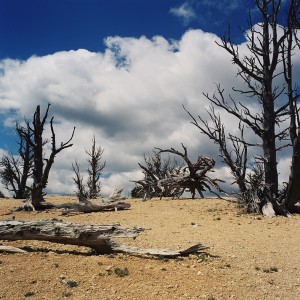 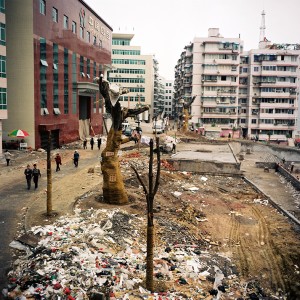 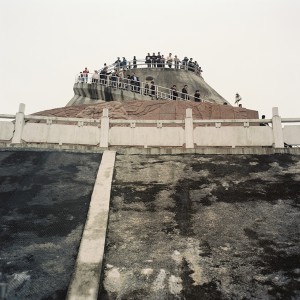 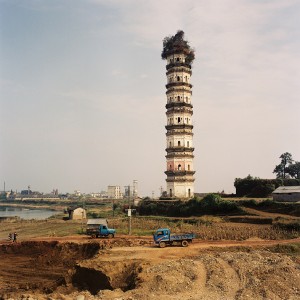 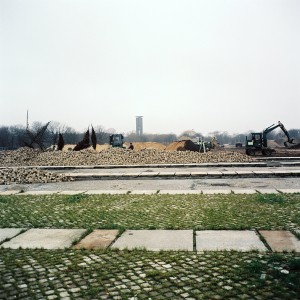 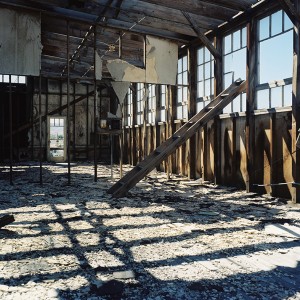 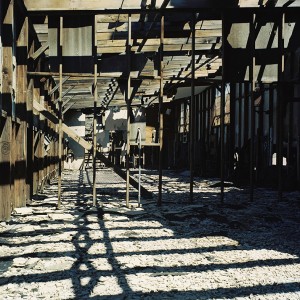 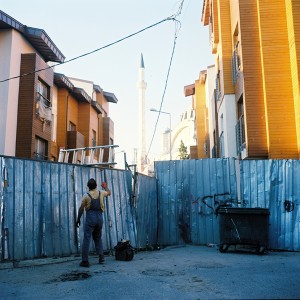 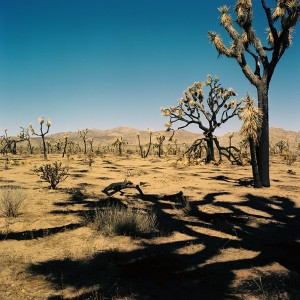 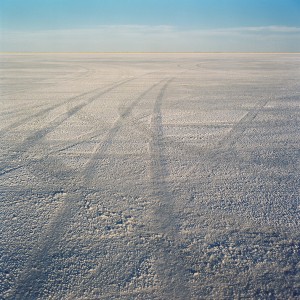 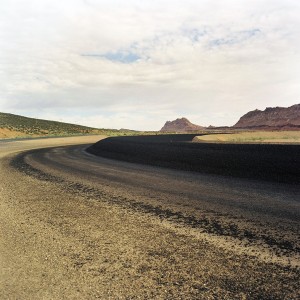 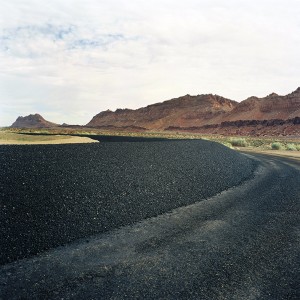 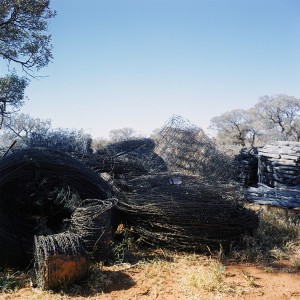 Sudden Earth is an ongoing series first incepted in 1999. This small selection of images are quite simply a document of a place and its specific time. The imagery reflects a site in transition at the intersection of a history that is contested through politics, war or environmental destruction. 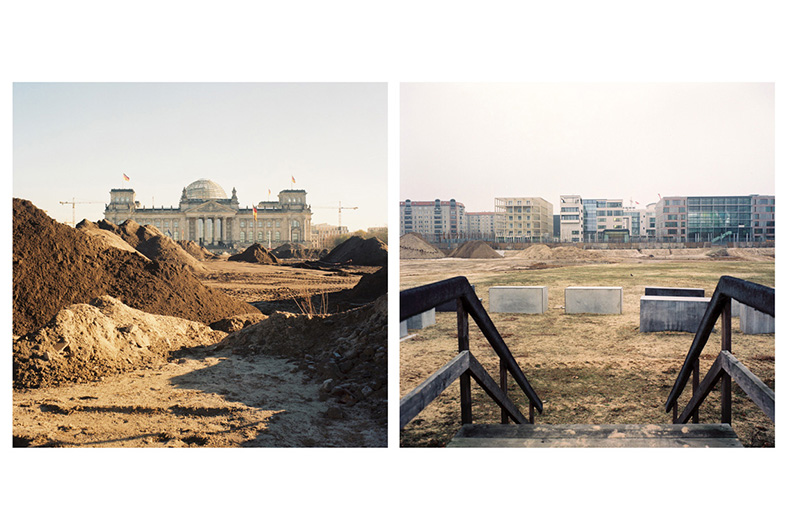 Within the photographic diptych ‘The re-landscaping of the Reichstag’ and ‘The pre-construction of the Memorial to the Murdered Jews of Europe’ there is a revisitation to the claims of loss, trauma and territory. In this instance, the aesthetics of the ruin and a sense of displacement combined with the momentary witness of the documentary photograph create a type of active memorial. It is the discourse itself, advocated by James Young, itʼs seemingly indigestible capacity of a ʻnever-to-be-resolved debate over which kind of memory to preserve, how to do it, in whose name, and to what endʼ that he asserts performs the most active of memorials.(1) Both these images were taken in Berlin one month after the terrorist attack of Sept 11th, 2001. And certainly at this time after much debate there was still more discussion as to how the Holocaust Memorial to the Murdered Jews of Europe would settle/seal itself. The memorial was completed in December 2004. What is visually poignant in both images are the mounds of dirt as if they perform a sculpturally plastic version of the ruin. Also invoked, is the allusion to the previous nationalist agenda of the Nazi’s Blut und Boden (blood-folk and soil-homeland) gone awry. Both these images have caught an atmosphere between the sense of time passing and also something unfinished. Perhaps, it is a future always underpinned by one of the ruin’s aesthetic features; that of melancholy. Freud defined this as opposed to grief which represents closure whilst melancholy is a never to be resolved open wound. ‘History that is not over.’

(1) Young, J. ‘Memory, Counter- memory, and the End of the Monument from the Conference “Discontinuities: The Holocaust and Historical Trauma in Contemporary Visual Culture”. 2002, Lunds University.