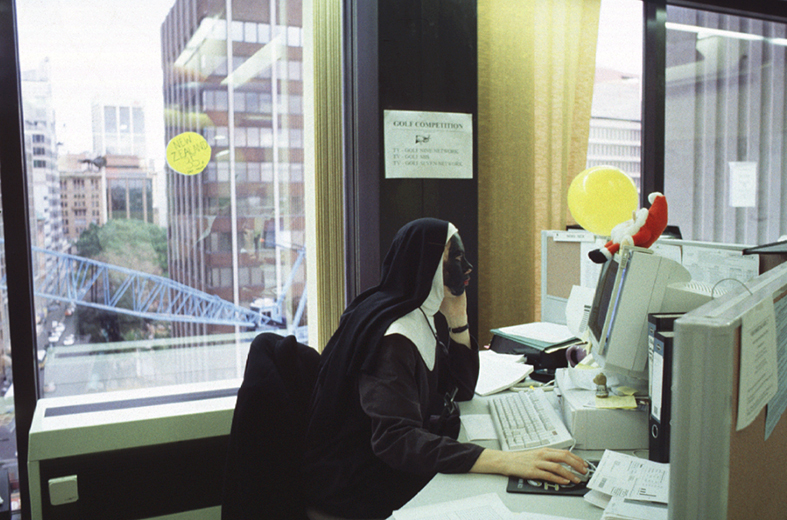 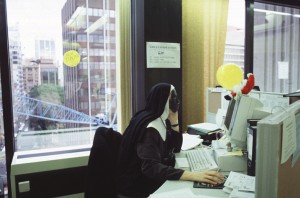 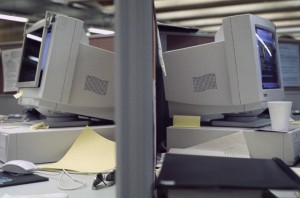 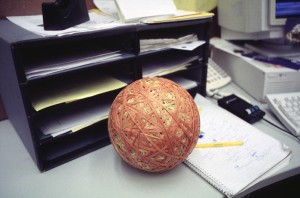 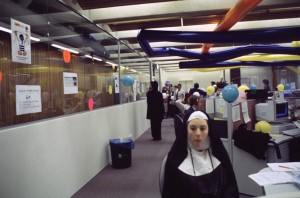 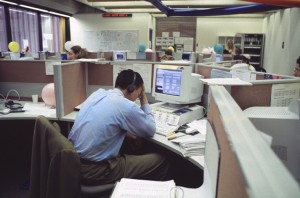 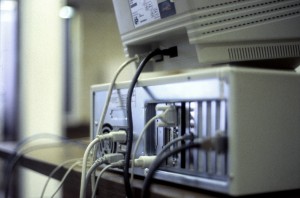 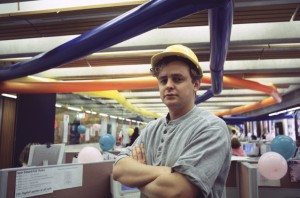 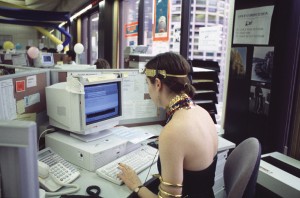 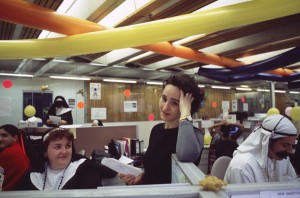 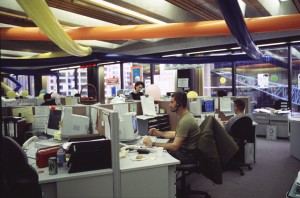 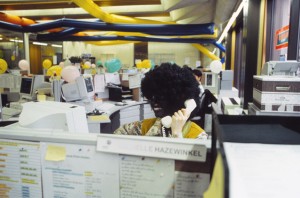 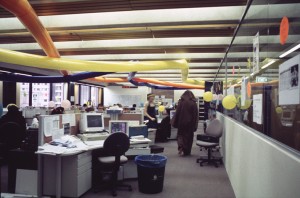 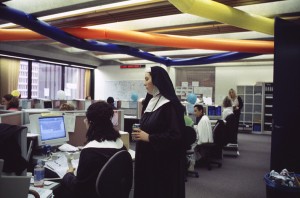 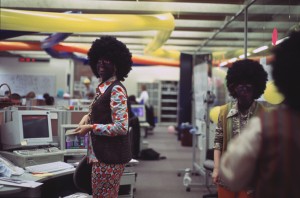 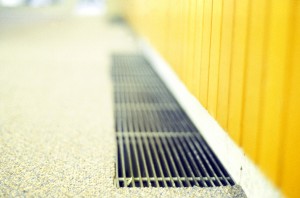 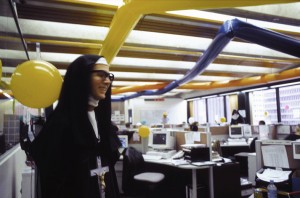 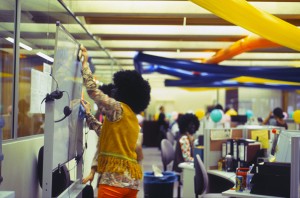 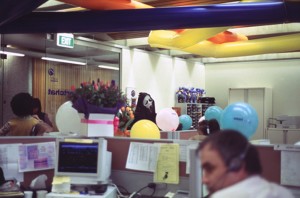 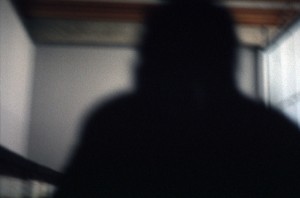 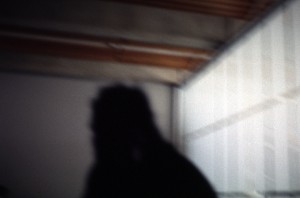 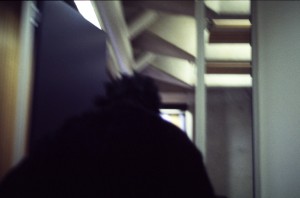 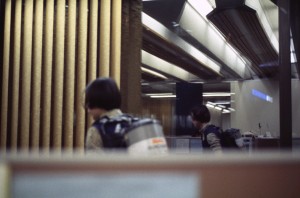 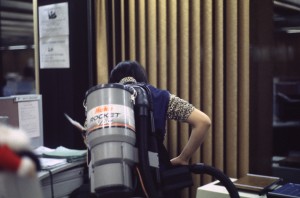 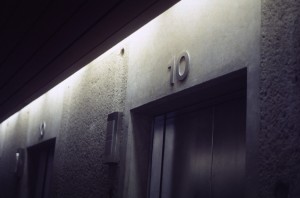 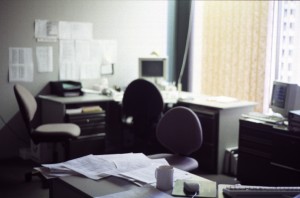 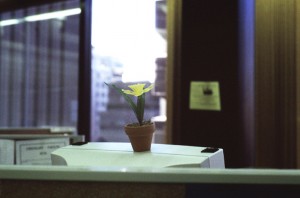 Corporate Inhabitation Program: Sleepwalker was produced over a time frame of 18 months (1998-1999) when I took part time employment with a telecommunications company.

This was a beehive of hierarchy; the managers, the full timers and the part time drones that in four hour shifts were expected to manage, sell and process forms in the uptake of a simple request for preference to cheaper long distance calls. The work was monotonously repetitive and in which the individual’s spontaneity was required to sacrifice itself. One wondered where and how the excess of psychic energy would flow from this endless banality of ‘immaterial labour’.

This series of photographs were taken over one afternoon; documenting a celebratory birthday for the fledgling telecommunications product. The staff devised a series of fancy-dress categories: horror movie, military, labourers, Christian clergy and the Jackson Five. The environment was made festive with overhead balloon banners that zig- zagged across the entire length of the ceiling, transforming the corporate regularity of office spaces, shrill fluorescent lighting and an architecture of brutalist concrete surfaces.

The intensity of this momentary ‘Fantasy Play’ seemed like a modern day expression of ‘carnival’; where prior codes of societal behaviour are momentarily subverted with the ‘acting out’ of other forms of psychic colonisation with all the tensions associated with conflicts pertaining to religion, race, gender and power.