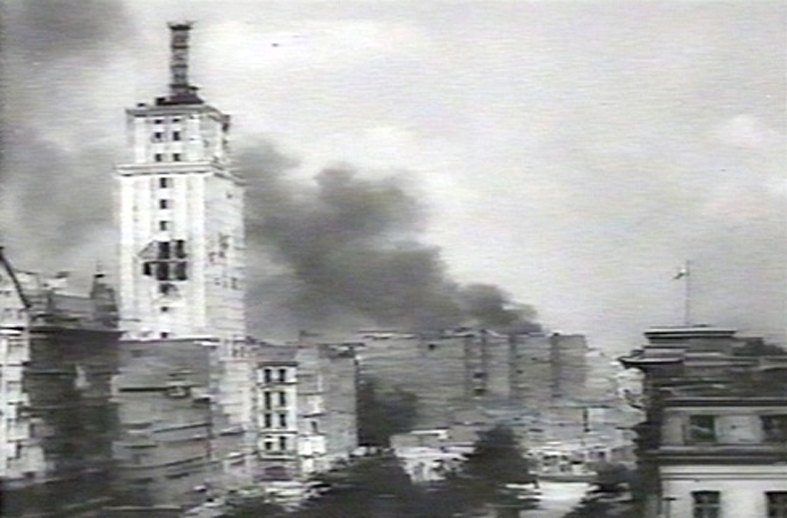 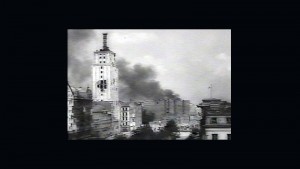 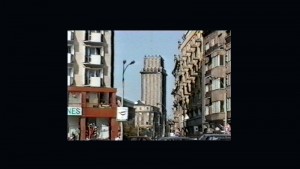 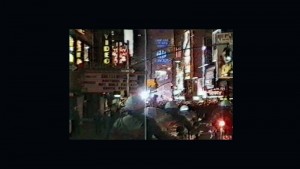 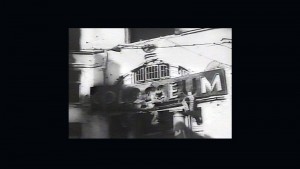 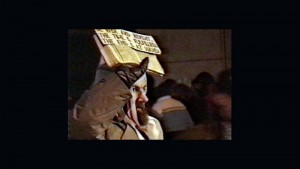 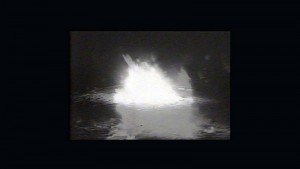 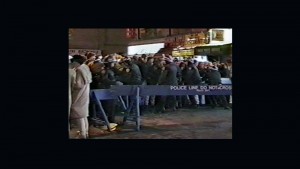 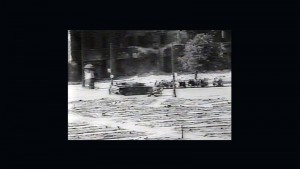 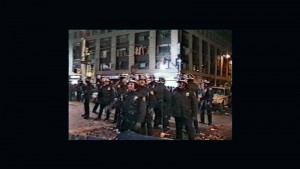 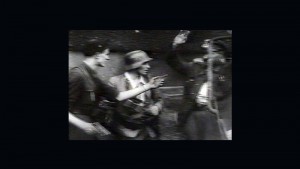 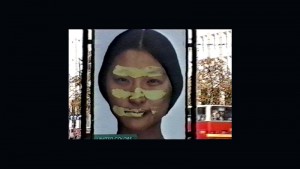 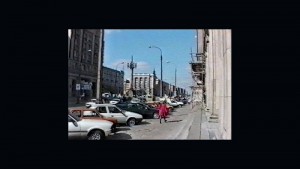 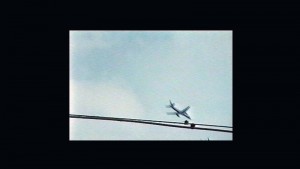 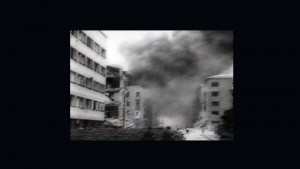 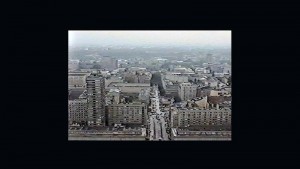 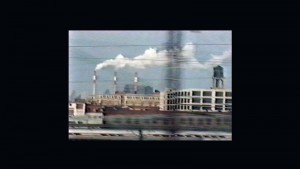 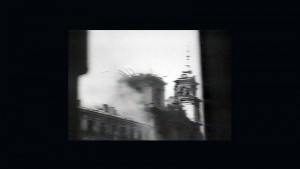 One work in which I investigate the spatialisation of time is a video installation titled the Path of the Accident produced in 1995. It is a 22 minute video assemblage of edited footage taken of New York, Adelaide and Warsaw, visually synchronised with archival footage of the Warsaw Uprising of 1944 to appear as one interrelated city. The inter-splicing of three sites and two time frames was intended to create a virtual urban space in collapse and reconstruction as reflected in the metaphoric use of war footage. In its construction I had also sought to explore varying views of the notional city destroyed and the historical conditions that had resulted from its various occupations, ideological, religious and economic. In the contestation of territory the German’s retaliated against the uprising, and razed the city to the ground, resulting in 84 per cent destruction. In the Six Year Plan for the Reconstruction of Warsaw, a communist manifesto embodied in architecture the city is constructed as a productive Utopia: ‘New Warsaw is to be the capital of a socialist state. We must fight for full consciousness and bend all our efforts in order to give our city an ideological stamp. New Warsaw must through industrial development, become an important centre of production, a city of workers.’ If Le Corbusier’s City of Tomorrow was a project for re-organising space under the conditions of transport and industry, this city, the one I discovered post the wall in 1993 was now inhabited by a new material and temporal order restructured through the capitalistic flows of information technologies. To quote Virillio, ‘this is the end of the political and economic illusion of the permanence of sites.’ And one of the paradoxes of globalisation is the greater the technological capacity for connection, for speed, for exchange and circulation of information, the more fragmented and compartmentalised the world becomes.

Catalogue Essay by Brett Levine ‘Architectonics of the Electronic’, for the exhibition the Path of the Accident, 1995