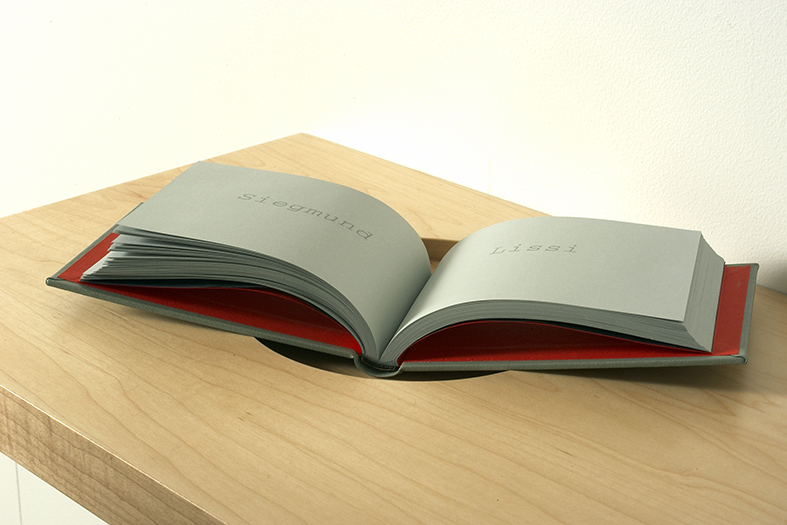 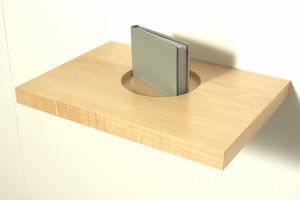 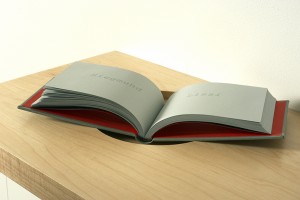 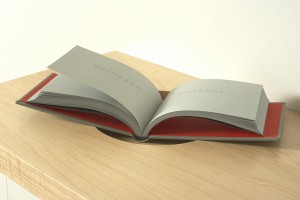 We Knew Each Other, 2004
“This pocket-sized object records a list of first names, German and Jewish, commonly encountered in the Berlin of the 1930s and 40s. Side by side, the names mirror the co-existence of individuals in that city, reminding us that such individuals lived together in the same community. Iwanczak made the work in response to the perceived immutability and monumentality of historical memorials.” 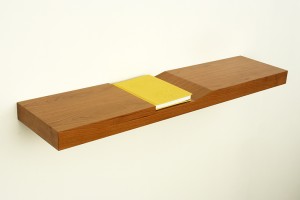 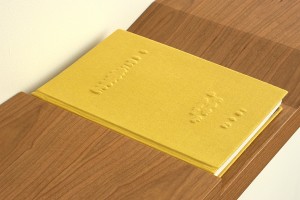 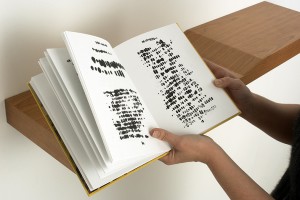 Swarm, 2004
Inside the book Swarm, there are only three images within the hundred pages, including a post war interior of a burnt library in London, chimps discovering the technology of a grass stalk in procuring honey, and a newspaper clipping from the LA times of people demonstrating against globalisation. All the pages are printed with the surface of the corncob, even the text of the newspaper clipping has been reset with the corns imprint, blurring the reality of the outer and inner world of the books logic. The texture looks like DNA, a burnt genetic code left on the page; a reference to corporate agricultural engineering. All the conventions of the book as form, with its chapter headings, page numbers, and layout are re-inscribed by the corn’s form. This implied intelligence is the corn’s ‘ghost in the machine’, belying a deeper syntax inscrutable and operating below the surface of things. 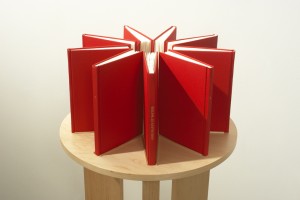 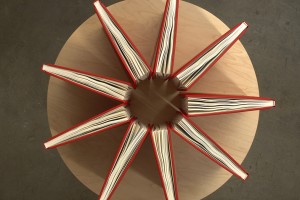 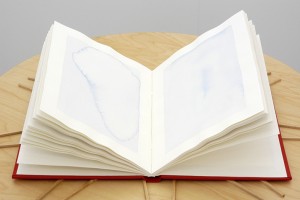 Eight Glasses of Water a Day, 2004
In the book work Eight Glasses of Water a Day, the metaphor explored is of forced bodily consumption /ideological digestion under the auspices of the dogma: ‘drinking water is good for you’. With it’s red cover an allusion to communism, both Russian and Chinese for example The Little Red Book of Mao, refers to external conditioning, and it’s latter negotiated inhabitation within the body. On opening the book, the Zen-like minimalism of the consistent blue rectangles offers a resistant act, like putting out small fires. There is nothing to consume, one only has to be with the page, there is no inter-subjective call to action. Each book represents one glass of water, and through the process of blue tinted water, the equivalent volume of liquid expires on the pages within.